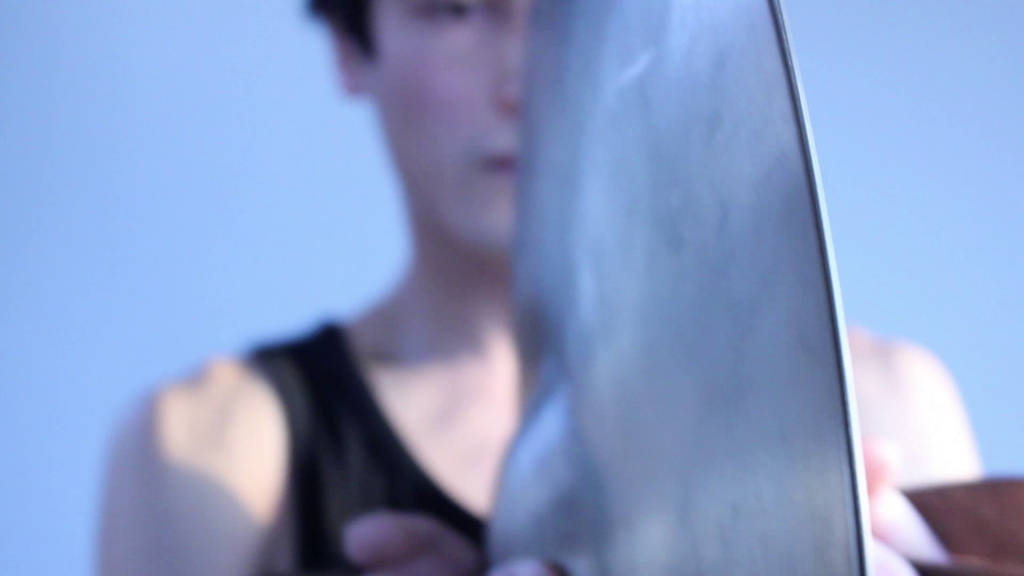 The pair of cymbals from the Asian theatre tradition found its way into European military and orchestral music in the 18th century, but is usually perceived in an extremely reduced way as a marker of rhythm or as an illustration of glamorous climaxes.

The composition “Libra” by CHEN Chengwen elicits completely unfamiliar sound worlds from this seemingly familiar instrument by means of the most varied types of rubbing, striking and scratching, and in this way finally even makes it “sing” by stimulating individual overtones, in order to be able to hear and perceive something completely different in the familiar orchestral cymbal beats. With the image of the scales – in the constant process of tonal balancing – this piece embarks on a search for the unknown in the familiar, for the foreign in the own, trying to uncover the foreign as the repressed own. Strangeness does not begin outside, but within the human being.

The music film for “Libra” does not see itself as a documentation of a performance, but as a visual interpretation of this composition. Through extreme close-ups and unusual, constantly changing perspectives on the musician and his instrument, a more intimate level of perception is to be opened up with almost graphic abstractions, which cannot be realised in this way in a concert performance.