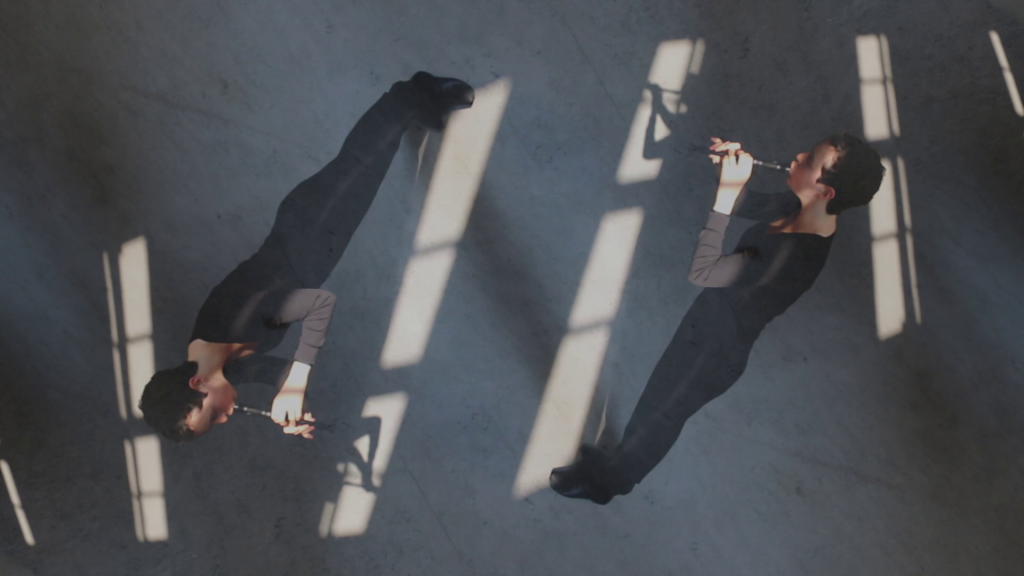 The nature that surrounds man is always present in the poetic oeuvre of the well-travelled Iranian artist Sohrab Sepehri (1928-1980). Approaching it in a poetic way, capturing it in linguistic images, in the present poem excerpt also means taking a distanced position towards modernity and an increasing technologisation of the world – factors that, according to Sepehri, stand in the way of a direct perception of the natural environment. Thus, the sparrows’ preoccupation reveals itself as something unimaginably foreign to man, something that cannot be grasped. The resulting confrontation with oneself is one of the central statements of Farzia Fallah’s composition.

Besorgnis der Sperlinge for recorder and electronics was created in several work phases between 2013 and 2015 and was conceived from the beginning as a close cooperation between composer and performer, as a “research project” on the limits and border expansions of the recorder and its sonic possibilities. The contrasting play of closeness and distance, of inside and outside, is expressed in torn, fragmentary motifs and in extreme dynamic differences. Towards the end of the piece, the player is also confronted with an electronic feed consisting of elements of the beginning and thus of his or her own thoughts. At the same time, the technical transformation of one’s own also means an expansion – an aspect already introduced by the so-called multiphonics of the recorder. Also, constantly recurring tones, which can only be produced by means of a closed bell, connect this sonic expansion with a physical effort and at the same time with a gesture that is reflexively directed inwards.

On a cinematic level, too, the performer encounters herself and the static counterpart of the tape in surreal reflections, doublings and splittings. Extreme close-ups from constantly changing perspectives open up a special closeness to the physical intensity of music-making.

How distant I am from the glory of the tree,
and my footprints are not contained in the truth of the garden.
How distant are my eyes from the concerns of the sparrows!
How alien!

Supported by Filmbüro Bremen e.V. / Senator for Culture and Waldemar Koch Foundation. In cooperation with the University of the Arts Bremen.