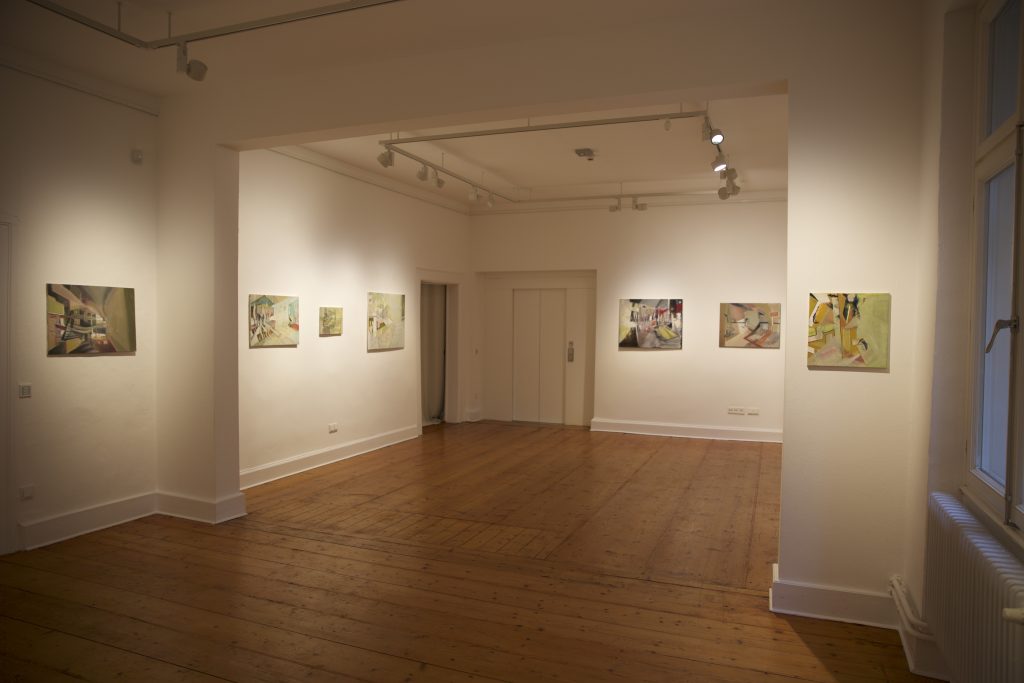 The works in Tobias Klich’s solo exhibition “neben dem Ohr das Auge” (next to the ear, the eye) deal in different ways with the connection between hearing and seeing: audiovisual compositions, experimental music films, a sound installation but also painting. The title of the exhibition is taken from a text by Robert Schumann, which states:

“As for the difficult question of how far instrumental music may go in the representation of thoughts and events, many people are too timid. One is certainly mistaken if one believes that composers put pen to paper with the miserable intention of expressing, depicting or painting this or that. But one should not underestimate accidental influences and impressions from outside. Unconsciously, alongside the musical imagination, an idea often continues to work, alongside the ear the eye, and this, the ever-active organ, then records certain outlines in the midst of the sounds and tones, which can condense and develop into clear shapes as the music advances.”