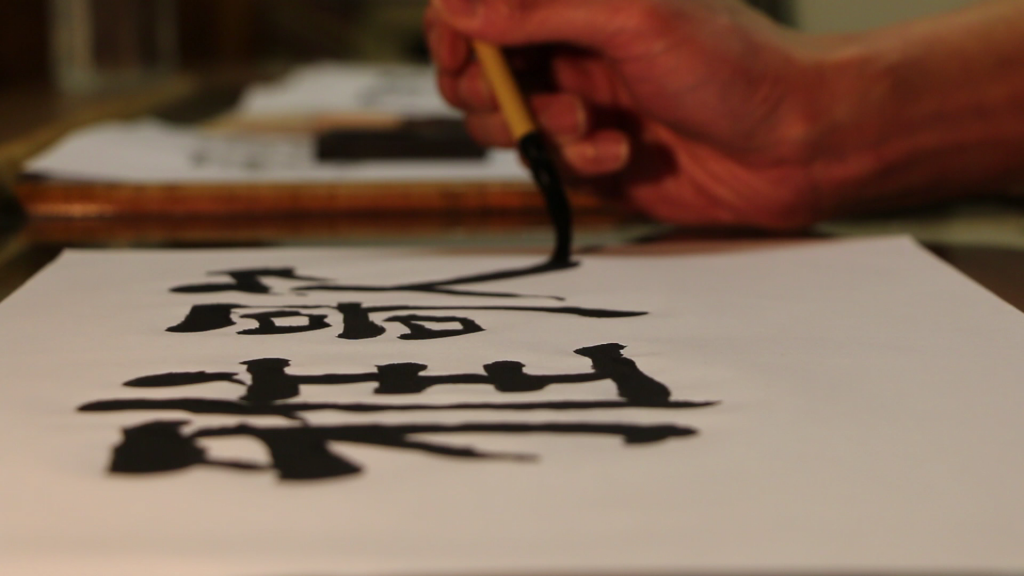 The music film for »AA-GA I« by Younghi Pagh-Paan attempts a visual interpretation of this composition, linking several levels with one another. Extreme close-ups in unusual, constantly changing perspectives on the powerful playing of cellist Ulrike Brand contrast with the slowly emerging calligraphy of the piece’s title (written by CHEN Chengwen). Brushes and cello bows correspond in parallel montages, making music as writing.

There is also a linguistic source of inspiration for this work at the beginning: a poem by Cheon Sang-Byeong (1930–1993), read by the composer Younghi Pagh-Paan.