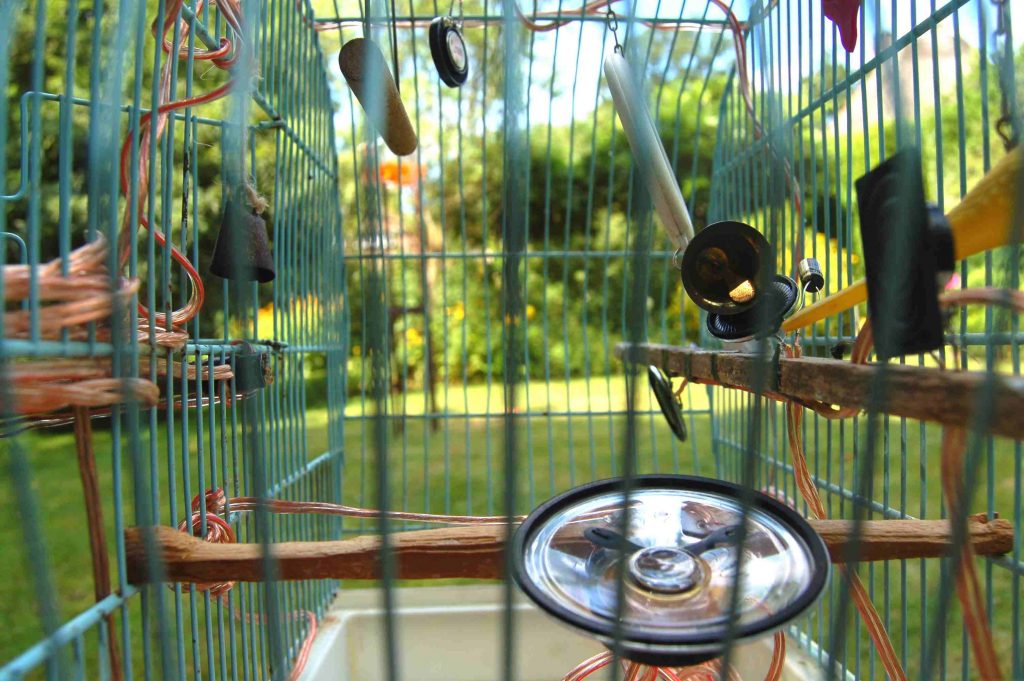 The bird catcher presents his exotic foundlings. His collection also includes some very rare specimens. Robert Schumann had already tried to capture the song of this special species in music in his famous piano piece Vogel als Prophet. Here you can now marvel at the originals!

In this sound installation, the relationship between art and nature is reflected in a special way. Bird calls “transformed into art” by Robert Schumann (from his piano piece Vogel als Prophet – Bird as Prophet) are fragmented, electronically processed, filtered, transposed, played at different speeds and superimposed many times simultaneously. These motifs, bundled into groups and always varying, are now radiated back into nature with numerous miniature loudspeakers, captured in an installation of several individually staged birdcages.

As a viewer, one can move freely between the sound sources, which are set up at great distances and in this way seem to act independently of each other, and at the same time observe their closely networked communication as well as the composed movements of the sounds in space. The variously and unpredictably long pauses between the individual events enable the perception of the surrounding sounds again and again.

In a kind of commentary level, the isolated text of the bird catcher from Mozart’s Magic Flute, read by a computer voice, as well as extremely artificially alienated fragments from the corresponding music can be heard through two external headphones.

In this way, the boundary between art and nature becomes unstable and is opened up for questioning and re-evaluation in the public, social space. But the prophecies of this captured, bizarre collection of birds are not easy to decipher either.