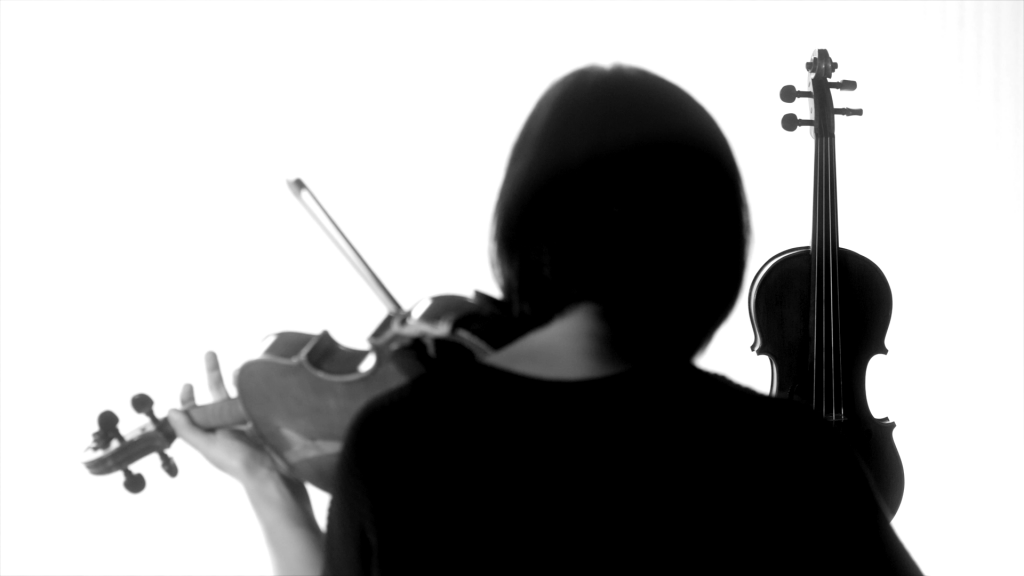 Violin Tuned D.E.A.D. (1969) is one of a series of performances created by artist Bruce Nauman in the 1960s and 1970s that involve simple, often repetitive and ritualistic activities, “exercises” that Nauman performed alone in his studio, recording them first on film and later on video. For almost an hour in Violin Tuned D.E.A.D., the artist stands with his back to the camera, playing the empty strings of a retuned violin over and over again. Instead of tuning them according to harmonic, Nauman tunes them according to linguistic logic, thereby declaring the instrument and, by association, the tradition of Western music embedded in the violin, dead.

The composition The revival of Time enters into a direct dialogue with Violin Tuned D.E.A.D. by Bruce Nauman and attempts a musical interpretation of this performance.

“Klich radicalises Nauman’s concept in that the violinist is not only acting out of free will or an inner compulsion that is only felt, but is clearly subject to an external influence – the clocking by the violin automaton. The piece thus becomes a parable of the frantic standstill of industrially accelerated society, manipulated and externally determined. Precisely from this arises the high expressive pressure of the piece and also its virtuosity.”

“Klich creates a dialogue between a relentlessly repeated d-e-a-d chord played by the violin and a response to it in the flesh. Violinist Byol Kang met this challenge brilliantly.”