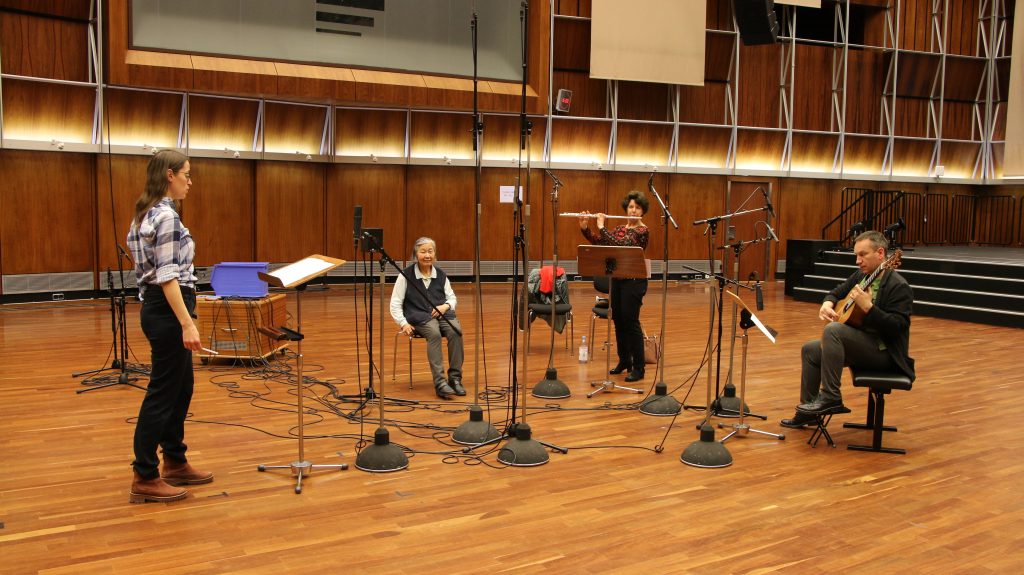 »Listening With the Heart«

“Listening with the heart” – a message from a poem by the Korean philosopher Seo Gyeongdeok (1489-1546) that wants to open us up to hearing beyond sounds – a message that Younghi Pagh-Paan’s music also sends out again and again in its intimate urgency.

The concert, featuring a total of nine works by the Korean composer, provides an insight into the development of her work over the past decades, beginning with her first work for solo flute composed in Germany in 1975 and ending with her most recent composition of 2022, which was written for the performers Angela Postweiler (soprano), Carin Levine (flute) and Tobias Klich (guitar).

Flammenzeichen (1983)
for female voice solo with small percussion
after Texts by Sophie Scholl, from leaflets of the “White Rose”
and the last letters of Franz Mittendorf and Kurt Huber

wegen der Leere (2022)
for soprano, flute and guitar
after texts by Laozi in translations by Joachim Heintz

The work on this concert programme was supported by a scholarship from the Musikfonds, funded by the Federal Government Commissioner for Culture and the Media as part of NEUSTART KULTUR.

The programme was released on CD in November 2022 as a co-production of Deutschlandfunk and tritonus e.V. on the KAIROS label. Supported by the Karin and Uwe Hollweg Foundation and the Waldemar Koch Foundation.